The difference between Tadoba Buffer zones and Tadoba Core Zone is that in Buffer area animals and the villagers co-exist. In this Buffer area you will experience interplay of forest area and villagers. Whereas in the Core Area, no villagers exist inside the core zone. Only forest exist in the Core zone. Even if any village exist in this area, they are shifted slowly.

In the buffer area, there are 79 villages. Sometimes due to territorial issues, animals spill over from the core area and thus become the reason of conflict. In buffer area, the conflict between the villagers can be reduce by creating tourism and thus animals will also be protected. Villagers are encouraged to create revenue by getting involved in the activities of tourism. Forest Department also realized that unless and until the money flows to the local from tourism, they will not take any step to save tigers.

In April 2012, adjoining Tadoba, in Gondmohadi in Palasgaon, poachers trapped two tigers. If the field staff have been patrolled these areas, the incident would have been avoided. Tourism in the buffer area of Tadoba National Park is one of the ways of patrolling the forests and thus Tigers can be protected easily.

Buffer areas of Tadoba are full of nature's beauty with canopy of dense tree. In this buffer area, the movements of Tigers and other wild animals are much more as this area is having sources of natural water. Even artificial water resources are also going to be create for wild animals. In the buffer area of Tadoba National Park, the entry ticket is 40% less than the ticket in core area. The charges of gypsy and the guides are same in both the area of Tadoba National Park. Another advantage of the buffer area is that for entry in core area is possible by making your booking online only but entry in buffer area is done by buying ticket at the gate by spot booking only. One more advantage of buffer area is that, tourist will be far from the congestion of core area.

Safari Zones in Tadoba:
In Buffer zones, Safari Ride of Tadoba Starts at The Gate:

In Buffer zones, Safari Ride of Tadoba Starts at The Gate: 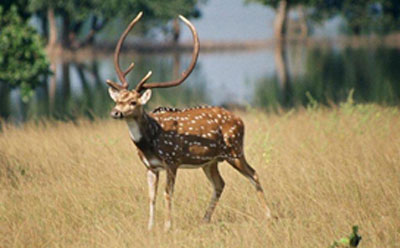